The Circle of 5ths is a diagram used as a quick reference for all sorts of key and chord information.  Here’s how it works.

If you will recall from Scales and Key Signatures we discovered that:

If we plot the sharps around the face of a clock, the clock face number tells us how many sharps there are in a key. 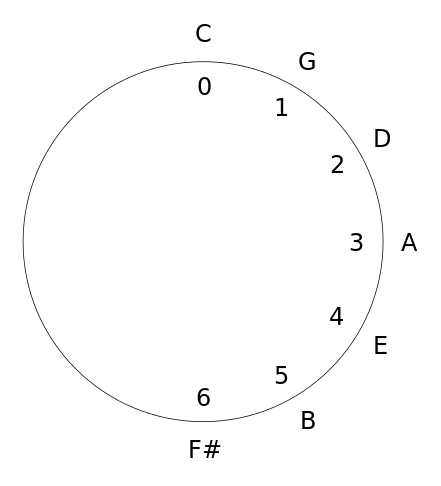 If we plot the flats counter clockwise around the face of a clock, a simple renumbering tells us how many flats there are in a key signature. 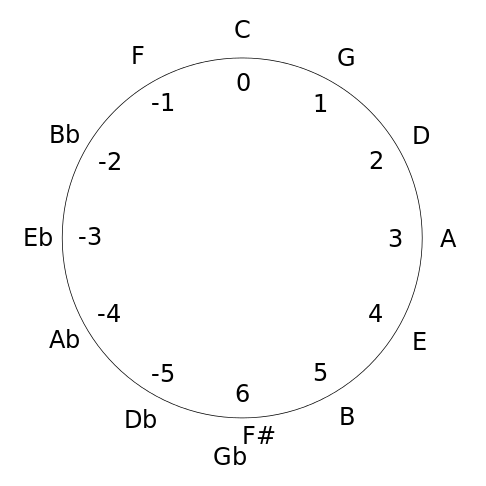 Some circles also show the relative minor keys, like this. 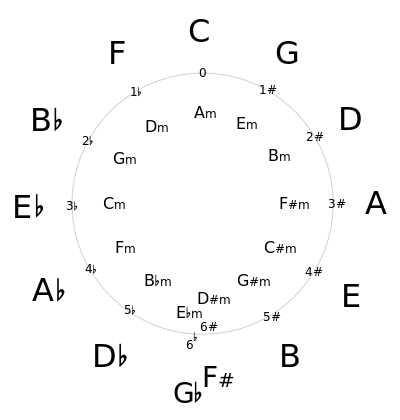 Let’s look at the key of C and Am

Print one off and keep it handy.

Really study it. Memorize the order of sharps and flats. Try chord progressions around the circle.

What other uses have you found for the Circle of 5ths?

Join the discussion and let us know.